Functions of the immune system: How and why

Every day, year in - year out, we are exposed to influences that can be potentially dangerous to our bodies: bacteria, fungi, parasites, viruses and harmful substances. A complex network of "bodyguards" is responsible for the defence against germs and diseases and for the protection of our body cells: our immune system. It consists of various organs, cell assemblies, cell types and individual molecules. The immune system is essential for survival.

Abstract
What are the functions of the immune system?

Without the body's own defences, we would not be able to fight harmful organisms or substances from outside or threatening changes within our body and thus prevent an infection or disease or at least limit the damage.
The immune system can detect danger signals emanating from our own cells, e.g. cell damage caused by cancer, sunburn or injury. It also registers and responds to signals that viruses and bacteria emit when they enter the body.

The main functions of the immune system are:

How does the immune system work? 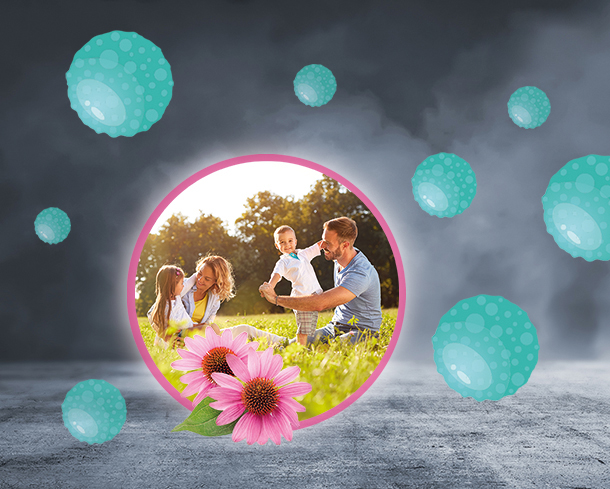 The immune system is activated by foreign proteins, so-called antigens. The word antigen thus refers to a protein that triggers a defence reaction of the immune system: antibodies are formed. Such proteins are found, for example, on the surface of bacteria, fungi and viruses.

These antigens dock onto special receptors of cells of the immune system, which triggers a whole cascade of processes:

What does the innate/non-specific immune system do?

We come into the world with part of our immune system already in place. It is fixed in the genetic material and cannot adapt, i.e. it is not capable of learning like the acquired immune system. But it's not to be underestimated: It reacts extremely quickly and efficiently to organisms recognised as foreign. Cells circulating in the body recognise the type of pathogen within minutes and alert specialised immune cells. This detects the characteristic structures of the various micro-organisms and destroys them. Most threats are thus identified in the shortest possible time and defeated within a few hours.
The innate/non-specific immune system has the following components:

How does the non-specific defence work?

The innate immune defence reliably fends off a large part of infections and diseases.

What does the acquired/specific immune system do?

The acquired immune system is adaptive, very complex and responsible for specific threats.

The danger from a pathogen must be analysed and recognised by the body. Antibodies are then produced that are specifically tailored to the current disease germ. Once this is neutralised, the specific immune system "remembers" this information. Therefore, when the same pathogen attacks again, the immune response is faster and more effective.

How does specific defence work?

The specific immune response is based on the interaction of two groups of lymphocytes (white blood cells): T and B cells. The cells involved carry precisely fitting receptors on their membrane that recognise very specific antigens. When these receptors attach themselves to the outer shell of a pathogen, the immune reaction is set in motion.

What is the lymphatic system?

The lymphatic system is an important player in the immune system: a network of tissues and organs that transport waste, toxins and other unwanted substances out of the body. It consists of the lymphatic channels and the lymphatic organs such as lymph nodes, spleen, various tissues in the gastrointestinal tract, pharynx, tonsils and thymus gland.

The efficiency of the immune system is not always the same, but varies under the influence of a lot of factors:

How can I strengthen my immune system?

The best measures to strengthen the body's defences are relatively simple. Some things, like reducing stress, are more difficult to achieve in today's lifestyles. But you'll help your immune system if you consider the following factors:

You also support your immune system when you reduce sources of infection: If you wash your hands frequently and regularly, pay attention to hygiene when preparing meals and keep your vaccination pass up-to-date, your immune system will be better able to fight against pathogens.

Can you live without an immune system?

Due to a very rare hereditary disease, children are born from time to time who suffer from the congenital severe immune deficiency SCID ("Severe Combined Immunodeficiency Disorder"). It can be treated by transplanting bone marrow cells from a relative. But without a fully functioning immune system, these babies have no protection against viruses and bacteria and in most cases die very early.
In the 1970s, the case of an American boy who spent his entire life in a sterile plastic isolator and died at the age of twelve after a failed bone marrow transplant caused public attention.

What happens when you get sick?

When our body first comes into contact with a pathogenic germ, information about it and how to fight it is stored in the immune system. This allows for quicker detection and countermeasures in the event of a second contact.

Antigens are also found on the cells of our body. But as a rule, the immune system has learned to recognise them as our "own" during the development in the womb and in the first weeks after birth. So they don't trigger an immune response.

However, it can happen that the immune system mistakenly identifies the body's own cells as "foreign" and attacks harmless body cells. This is called an autoimmune reaction (see section "Can the immune system react incorrectly?").

Can the immune system react incorrectly?

Even though the body's defences work tirelessly to protect us from disease, mistakes and malfunctions can still occur. In particular, the development of specific/learned immunity is highly complex and therefore also susceptible to disorders.

Normally, the immune cells deactivate themselves after their work is done. Once a pathogen has been repelled, special combinations of molecules are formed that signal that the danger has passed. The defence only becomes active again when its memory recognises the stored characteristics of the pathogen anew.

However, it can happen that during this process, instead of the "foreign" characteristics, the body's own or body-like characteristics are also incorporated into the immune memory. Then the defence can no longer distinguish between own and foreign cells and is directed against cells of the own body. Such an autoimmune reaction triggers inflammation and organ damage.

Autoimmune diseases are for example

These are usually serious diseases that can even be fatal. But in the vast majority of cases, they are also treatable. Symptoms vary widely; common signs include fever and fatigue.

Blood tests can identify the disease. Drugs are used to suppress the immune system at least temporarily, e.g. corticosteroids in rheumatoid arthritis, or to alleviate weaknesses in the immune system, e.g. by infusion of antibodies. However, exactly how autoimmune diseases occur and how they can be treated has not yet been fully researched.

A broader definition of autoimmune reactions also includes allergic asthma, hay fever, and rashes. Here there is no lack of differentiation between "own" and "foreign", but an overreaction against external stimuli occurs. A normally rather harmless substance such as pollen, nuts, moulds, dust or the saliva of pets is perceived as a threat and attacked (too) intensely. 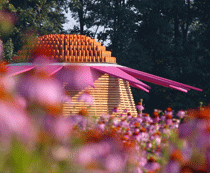 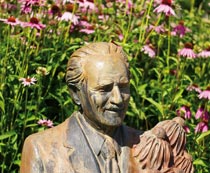